Maurice Richard was that force to be reckoned with in hockey. So much so that the most prestigious hockey award – Rocket Richard Trophy – was named after him. 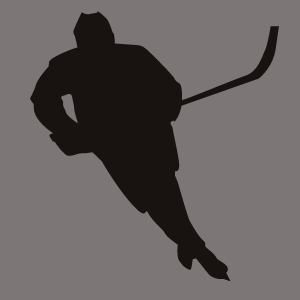 The Legend, James Henri Maurice Richard, was born in Montreal, Quebec, on the 4th of August, 1921, to Onésime Richard and Alice Laramée.

Although Maurice came from a humble background, he had it quite rough. Richard’s love for hockey started at age 4 when he got his first pair of skates. Before he eventually started playing on an organized hockey ground at 14, he played in the makeshift ice backyard his father created.

Richard was a versatile sportsman in every sense of the word. In his teenage years, he was into sports like boxing and baseball. However, his passion for hockey was strong and electric.

When he was 18, he became a part of the Verdun Juniors, where he had his earliest hockey-playing experience. Maurice helped Verdun win the provincial championship as he netted four goals in the ten regular-season games. Not only that, he topped it off by netting six goals in four playoff games.

Sadly, he got badly injured in 1940 while playing for Montreal, a team in the Quebec Senior Hockey League.

At age 20, he got married to his high school sweetheart Lucille Norchet and went on to have seven kids with her.

Considering his performance in the QSHL and the loss of players due to the war, he was given a chance to play in the 1942-1943 season. He eventually earned the jersey number 15 after signing $3500 that year.

Maurice Richard made his debut appearance in NHL in 1942, where he scored his first goal against New York Rangers. He suffered a broken leg after 16 games. That injury caused long-term deformity in his ankle. S a result, he was rejected when he tried to join the military.

His deformity didn’t deter him from forging on. Instead, it spurred him to develop a unique playing style that made him stand out. For the 1943-1944 seasons, he tried out fully fit and put the Canadians’ on the front by scoring 32 goals and amassing 54 points.

Though his career was full of highs and lows, Maurice “Rocket” Richard was an epitome of resilience. His resilient spirit earned him an all star award and a fleet of other awards after playing for 14 years.

What’s more, he is a Hall of Fame inductee. In 1975 he was inducted into Canada’s Sports Hall of Fame.