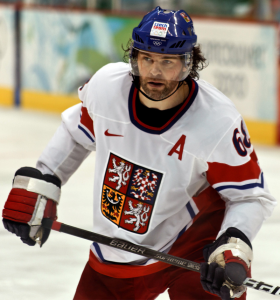 Jaromir Jagr is a name which might be hard to pronounce, but still is on the lips of millions of ice hockey fans across the globe. Jaromir Jagr is a Czech machine, a man who has played ice hockey since the late 1980s, and shows no sign of giving up. Born in Czechoslovakia, he started to play ice hockey at the age of three. Already as a teenager, he was playing at the top level in his country, for the local team of HC Kladno. Since then, he has played for a number of clubs, mostly in the NHL, but also in the Czech Republic and in the Russian KHL. Known for his immense strength and willingness to battle until the very end, he is a powerful player that continues to show incredible skills until this very day. Being 44 years old, most players would consider retiring and putting their skates away, but not Jagr. He is still looking for opportunities, and never misses a game when his national team calls for his help. As soon as the Iron Curtain disappeared, he was drafted to Pittsburgh Penguins, where another legend already was being made – Mario Lemieux. Together, the duo managed to secure two successive Stanley Cup championships for the Pittsburgh ice hockey club. Actually, Jagr was the first Czech player to arrive in the NHL, and his teammates quickly discovered a funny detail about his name. If you rearranged the letters in his first name, Jaromir, it could be made to spell “Mario Jr.”. It is widely believed that Mario Lemieux had a big impact on the playing style of Jaromir Jagr, and the Czech himself has called Lemieux a big influence. 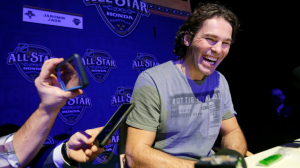 After spending 11 years in Pittsburg, Jaromir Jagr went on to the Washington Capitals, after signing the biggest contract NHL had seen at the time. Washington would pay Jagr a whopping 11 million dollars per year, but Jaromir did not live up to the expectations set for him. Little did the Washington Capitals know that the Czech superstar was spending a big chunk of his money on gambling. Yes, behind the scene, Jaromir Jagr was an eager gambler who played online whenever he got the chance. Unfortunately, combined with an extreme sense of competitiveness and a pride that would never allow him to back down from a brawl, he accumulated a debt of almost one million dollars to various online companies. The biggest incident was surrounding a debt of half a million to just one company, where he agreed to make monthly payments in order to pay it off. After missing a couple of payments, the man behind the online gambling site leaked the information to the press, which made a hell of a stir-up in Jagr’s career. We don´t know what types of casino games he played on. Maybe he should have registered on freespinsslots.com for a more beneficial offer and less risk. But of course this is a man that can afford a bit of volatility.

After only a few seasons at the Washington Capitals, he was traded over to the New York Rangers, where he spent another four years of his career. In 2008, there was speculations that Jagr would retire, but instead, he went to the KHL in order to play for Avangard Omsk in Siberia, Russia. Oh no, this Czech machine will probably play ice hockey all the way until his death, just like another teammate from Avangard who suddenly died in front of Jagr, while being only 19 years old. Tragic story, but ice hockey is not a soft sport.

Back in the USA 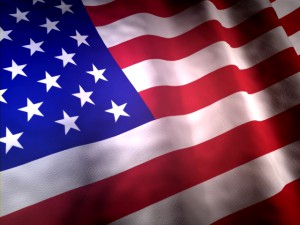 After three years in Russia, Jaromir Jagr went back to the NHL, but is having a hard time signing a long term deal. Because of his age, only one-year contracts are being made available for him, so he has been forced to change clubs quite often since 2011. He played briefly for Philadelphia Flyers, before going back to the Czech Republic in 2012, then coming back to the USA again in 2013 and signing with Dallas Stars, before being traded over to Boston Bruins. That same year, Jagr signed a one-year contract with the New Jersey Devils, and stayed until 2015 when he went over to the Florida Panthers instead. It certainly has been a turbulent few years for Jagr, the only consistent thing throughout his career was the strong desire to join the national team of Czech Republic whenever possible. He has won a gold medal at the Winter Olympics, two gold medals at the World Championships, and a gold medal at the European Champions Cup.

Jaromir Jagr is still playing, at age 44, and is the oldest player in NHL at the moment. He told the press back in 2014 that he would no longer play international games for his nation, but when they asked for his assistance during the 2015 World Championships, he could not resist the temptation and went to his motherland to play the competition in Prague and Ostrava. Czech Republic ended up in fourth place during this Championship, but Jaromir Jagr was named the Most Valuable Player of the tournament.