Bobby Orr is considered to be one of the greatest hockey players of all time. The Boston Bruins’ defenseman was known for playing multiple roles – is known for his offensive plays as well. Although he only played for nine seasons, his accomplishments during that time were so great that he has left a mark in the history of the sport. He may not be among the highest scorers but the way he changed the sport continues to affect current hockey players.

On March 20, 1948, Robert Gordon Orr was born in Parry Sound Ontario. His parents were Douglas Orr, a former hockey prospect, and Arva Steele, a waitress in a restaurant. He had 4 siblings and all of them grew up learning how to skate at an early age. Eventually known as Bobby Orr, he revealed that he learned how to skate as soon as he learned how to walk – and he always did so with a stick.

At a young age, it was evident that Orr liked playing hockey. He participated in his first hockey game at the age of 5 in the “minor squirt” division. When he was 9, he can already take part in hockey games – even with adults as team members. He grew up looking frail and tiny but he was a very fast skater and that made a great foundation for his future hockey career.

His talent made him perfect to play as a forward – something that he kept up until he was 10. Bucko McDonald, a former NHL player, became his first coach. He was the one who moved Bobby Orr to play in defense. At the same time, McDonald encouraged Orr to hone his stickhandling, skating, and scoring skills. This also made the young player great at executing offensive plays. 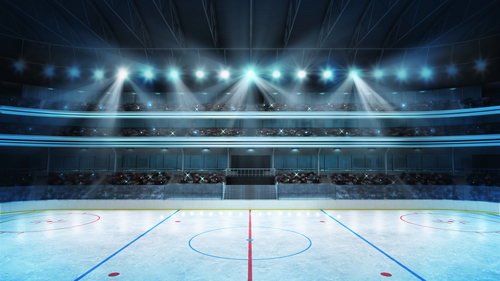 In 1961, the Boston Bruins noticed Orr playing and gave the impression of being a young Doug Harvey and Eddie Shore. They started to pursue the youngster and actually sponsored the minor hockey team that he was a part of. In 1962, he signed with the Bruins.

Orr became a part of the new junior hockey team, Oshawa Generals, that was 51% owned by the Bruins.
But after attending the Flyer’s tryout camp when he was fourteen, things turned sour. Bobby met with the Bruins’ owner, Weston Adams, and things did not go as planned. Nevertheless, things were arranged so the Orr’s signed a contract for Bobby to play for the Bruins when he reached the age of 18.

Throughout his junior career, Bobby’s statistics (goals and points) went up every year. His best season was between 1965 to 1966. This was when he scored 38 goals and 94 points.

While playing against the Shawinigan, Orr suffered a groin injury and the Bruins wanted him to take it easy to avoid damaging himself further. He still persisted in playing and it resulted in the Oshawa coach being fired. Not only that, the Oshawa Generals lost the national championship.

When he was 16, Bobby’s family hired Alan Eagleson, a Toronto lawyer, to help them deal with the Bruins. They did not feel like they treated Bobby properly. In the end, they won and got a higher signing bonus and salary during the first two years in the league. This actually made him the highest paid player in the league during that time.

In 1966, Bobby Orr was finally old enough to join the NHL. He became the highest paid rookie in NHL history. Not only that, he encouraged Alan Eagleson, someone who became almost like a brother to him, to organise the NHL Players Association. The organisation will help oversee the welfare of the NHL players – specifically in raising their salaries.

Despite being pressured with high expectations, Orr never disappointed. He showed that all the hype about him was true and that he was really as good as they said. Slowly but surely, the Bruins were able to improve their game until the became one of the most competitive teams in NHL. During the 1969-70 season, after 29 years, the Bruins won the Stanley Cup after Orr scored the winning goal. He also won the Norris, Hart, Ross, and Smythe Trophies.

Bobby Orr had a promising career but he was forced to retire at the age of 30 after multiple knee injuries. Despite everything, Bruins fans poured affection and respect when his number 4 sweater was retired to the Boston Garden rafters in 1979.